In the state of Massachusetts men have no legal right in a woman’s abortion.  However,

Abortion: Does the father of the baby have rights? 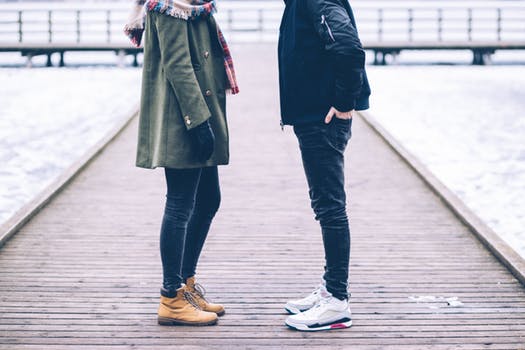 FATHER OF THE BABY: MEN AND ABORTION

In the state of Massachusetts men have no legal right in a woman’s abortion.  However, studies have revealed that a father has significant influence in the decision regarding the life of his unborn baby.

A decision affects all three (mother, father and child)

Both the mother and the father can leave feeling powerless, upset, and scared when facing an unplanned pregnancy. Sometimes feeling they have very little choice. This important decision affects all three (mother, father, and child).  Even though in the end the woman has the choice to abort, it is the responsibility of the father to be involved in the decision making process.

The father’s role is vital

The father of the baby can play a role in this decision. He can help his partner find the facts, how far along she is, abortion procedures, and abortion risks. He can help her by truly learning how she feels about her pregnancy, what her concerns are, her life goals and what becoming a parent might be like. Many women choose to have an abortion because they do not want to be a single mother. Some are facing financial challenges, or relationship stresses with their partner. The father of the bay can directly impact a woman’s decision by offering commitment to her and their child. He can show this by his actions and taking steps to provide emotional and or financial support.

There are people who can help

Make an appointment with Clearway Clinic and learn more about the services we provide.

Call for your appointment today!

Tags
decision
father of baby
pregnancy
← PREVIOUS POST
Someone I know wants an abortion – what should I do?
NEXT POST →
Pregnancy: When You And Your Boyfriend Differ

Should I Get An Abortion?

This is a common question for many of our patients, and we have helped thousands of women successfully navigate this decision in …

Yes, abortion is still legal in most states; however, each state will individually determine the restrictions and regulations for abortion. On June …

Someone I know wants an abortion – what should I do?

Someone I know wants an abortion – what should I do? Your friend, sister, or daughter just told you she is pregnant.  …

Abortion: Does the father of the baby have rights? - ClearwayClinic